In defiance of gender roles: Clothes!

Young ladies wearing tuxedos, Jaden Smith in a skirt, and my own kid Harry’s personal style of self-expression have me hopeful that this year might be trending to an end of gendered clothing. Okay, maybe that’s wishful thinking. But I think all three examples signal that the younger generations are way less hung up on ideas about “girl clothes” and “boy clothes.”

Recently I smiled until my cheeks hurt scrolling through pictures of women who wore tuxes to their high school prom. The photos appeared in a Buzzfeed story titled, “Badass Ladies Rockin’ Suits at Prom.” In addition to seeing proud, happy kids, you’ll get to read their comments about dressing for comfort, wearing an outfit that represents who they really are, and, well, just being true to their authentic selves. Bottom line: They looked great, with feelings to match! 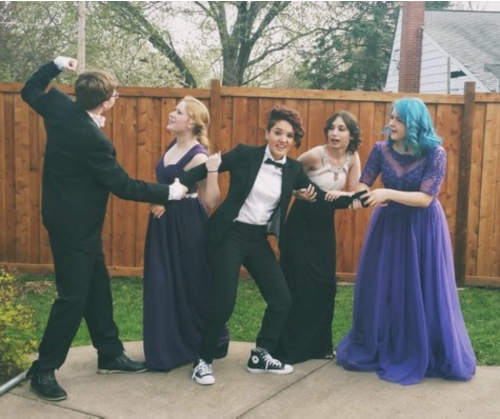 The prom photos reminded how stunning I thought Marlene Dietrich looked wearing a tuxedo and top hat in the 1930 flick, Morocco. She looked cool, fierce, and incredibly sexy.

The first time I slipped on a pair of “men’s” tuxedo pants I was in my late twenties. I wore them with a metallic knit necktie and a leopard print jacket. I felt suddenly more confident in those pants, emboldened by two single strips of black satin. I think the sense of inner strength and invincibility they gave me is the same feeling of power Harry describes when he puts on a skirt suit or pair of high heels. And Harry has told me he doesn’t think of his clothes as women’s clothes, they’re just his clothes.

Harry on the set of “Between the Shades”

As a PFLAG mom of a queer kid who has defied gender stereotypes since he was two years old, I volunteer to share my experiences and what I learned from Harry with classes of high school students. I usually start by asking how many of them know who Jaden Smith is. Everyone raises their hand. Most of the kids know the 17-year-old actor and rapper has been in the news for wearing a dress. A few know he’s one of the models in Louis Vuitton’s new ad campaign for its women’s wear line. And nobody laughs. 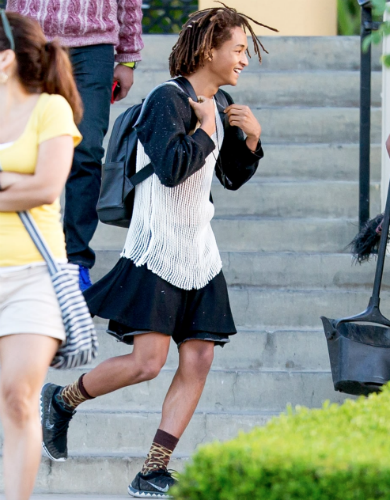 Smith’s goal in life: “I just want to teach people how to be comfortable.”

In this season of proms, graduations (where everyone wears a gown!), and Pride, I like to think that the young ladies comfortable in tuxes, the Harrys and Jaden Smiths comfortable in a skirt, are reminders that everyone has the right to define their own identity, express it freely and be proud of who they are.

“The day I fell in love with Jean Paul Gaultier.”

“Now who can tell me what transgender means? This one’s a little tricky.” 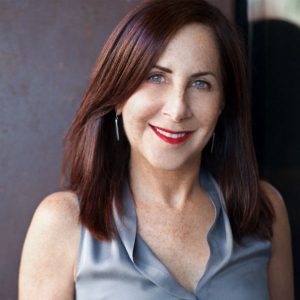 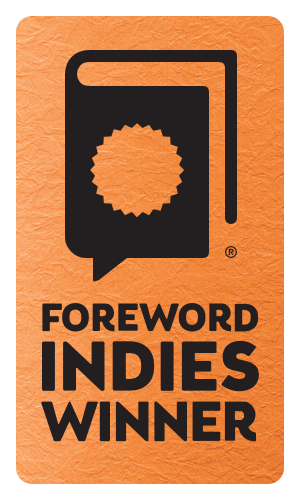